Psychological Safety in the Workplace: Why Improv Can Help

Many companies say they want their people to take more risks. How often have you heard “Let’s be more innovative!” or “Be a leader!” in the conference room? The trouble is that the cultures of most organizations don’t provide enough psychological safety to encourage these worthy goals. The predictable result is that team members stick to the “safe” behaviors that have always been encouraged, with at least one eye always on the next performance review.

Creating a culture where people are willing to “dare to fail” can be challenging. But we see smart companies do it all the time by leveraging improv in the workplace. In fact, a lot of the skills and mindsets improv performers use are surprisingly effective for building high-performance teams.

Before you read further, a quick disclaimer. When I talk about improv here, I’m not suggesting that teams are acting or performing comedy routines in our workshops, though we do tend to laugh a lot.

Instead, we use the tools of improvisational comedy as a methodology for training people in a variety of desirable workplace skills and behaviors (you can learn more about this on our Organizational Improv page). The goal is not to act like someone else, but to fearlessly be yourself — perhaps more than you have ever been around colleagues. And time and again we’ve seen improv help teams create and sustain a culture of psychological safety.

Why You Keep Hearing About Psychological Safety

Leadership gurus like Amy Edmondson of Harvard University have defined psychological safety as “a shared belief held by members of a team that the team is safe for interpersonal risk taking.” It’s more than just the latest corporate buzzword. Since the 1990s, it has become one of the most frequently researched concepts in group dynamics. More recently it’s been in the headlines as one of the key findings in Google’s massive research into high-performing teams (more on that in a sec).

At the fight-or-flight level, psychological safety is being able to take risks without the fear of punishment if things don’t work out. But not being penalized for failure isn’t enough. People need to feel rewarded and recognized for risk-taking, even if they don’t achieve the desired outcome.

Psychological safety influences teams on many levels. People are more likely to lead and innovate if they feel secure going to bat for unconventional ideas or actions. That safety doesn’t just come from knowing your paycheck is secure. A huge part of it is feeling comfortable with being vulnerable in front of your peers.

Smart teams support and encourage this level of trust. Why? Because they recognize its critical value to an environment where people are willing to push the envelope.

What matters most is not taking the risk itself, but what happens afterward. Are you rewarded? Are you forever considered a “rebel” to be contained (or used as a cautionary tale)? How are you treated when things don’t work out as expected or as hoped? Are you congratulated for the learning you achieved by taking that risk? Are you admired for taking a risk at all? And will you be trusted with the next big project?

One bad answer to any of these questions can have a chilling effect on the entire team, not just the individual who feels unappreciated for being bold. At best the team may become overly cautious. At worst talented people will start polishing their resumes.

Why Is Psychological Safety So Important?

The world’s most innovative companies don’t just know the value of psychological safety — they actively work to promote it. Google, for example, recently completed a huge two-year study to find the traits that drive its most effective teams. They narrowed them down to five, and psychological safety was at the top of the list. This was a big surprise for their research team. They discovered what anyone who’s ever had a lousy job already knows: “Who is on a team matters less than how the team members interact, structure their work, and view their contributions.”

People want to feel a sense of purpose, and to know that they’re contributing value to the company. Sometimes their goals are big: they want to make an impact on your organization’s culture, its market, its bottom line. They also get satisfaction from smaller things like impacting their team, making your company a better place to work, or mentoring a colleague. At any level, people need feedback about the impact they’re making. They need to know their efforts aren’t all for naught. In other words, if you provide an environment where people feel safe enough to take risks and they can anticipate actual and intangible rewards for their efforts even if those risks don’t pan out, they’ll eagerly continue to find surprising ways to benefit your company. We’ve seen it happen.

If you still need a “Big Why” look no further than the benefits of psychological safety, which are backed by numerous scientific studies. They show that teams that feel safe are more engaged, innovate more, learn more from their mistakes, and succeed more often.

Why Improv Can Create Psychological Safety

What improv performers do onstage is to literally create something from nothing — as a team. That has a lot of parallels to forging a team in an office. For that matter, any time you’re working in partnership with other human beings to create something bigger than yourself, it’s a lot like improv. In short, the skills that make great improv onstage can also make great teams offstage. Here are just a few examples:

When improv skills like these are learned and encouraged in the workplace, it offers teams a powerful shared experience of how to take proactively take risks and how to productively react and respond to failures. Again, this isn’t about acting. It’s fun and provocative like nothing you’ve ever experienced. You get more out of it because you’re doing rather than passively absorbing material from a lecture. And because improv is inherently fun, people have positive associations with embodying desirable behaviors and skills. It’s a way to, in a safe environment, try on and test out the mindsets, behaviors, and skills that encourage psychological safety.

In a way, improv both requires psychological safety, and also creates it.

Imbuing your organizational culture with improv might seem uncomfortable at first, but it’s a great way to get your team creating and participating in the conditions that make a workplace psychologically safe enough to be bold.

Want to learn more about how organizational improv can promote psychological safety, boost innovation, and engage your team? 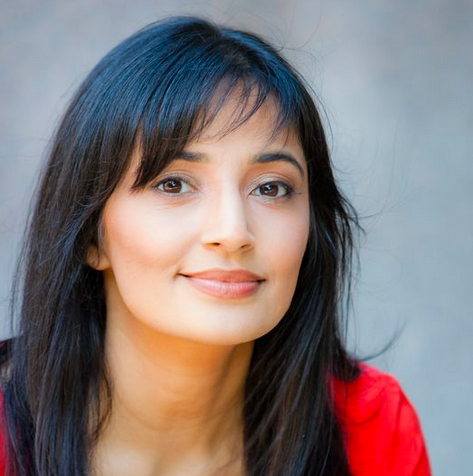 Coonoor Behal is Founder & CEO of Mindhatch, and an experienced and recognized business strategy and innovation consultant with focused expertise in design thinking, improvisation, and innovation facilitation.

Unsuck your meetings with
FIVE THINGS
by

Get the FREE printable version of the improv card game!

Get the game now