“The Power of Storytelling: How to Build Empathy with the Right Narrative”

“Anyone who knows me knows I don’t like cats,” says Behal, founder of Mindhatch, an organizational and customer insights firm that specializes in improv and design thinking.

When she’s conducting improv workshops, though, Behal inevitably finds herself acting like she loves cats.

“Once people find out I hate cats, they prod me while on stage into being a cat-lover or playing a cat. When that happens, I have to put aside my hatred for cats. It’s a silly example, but it’s reflective of what improv forces you to do by playing different parts.”

Playing characters they might not understand at first is how organizational improv helps people learn empathy on the fly.

“When you’re improvising, you have to be ready to take on a character or a point of view that your scene mate hands you,” says Behal, who is on the teaching faculty for the Washington Improv Theater and performs weekly with several improv troupes. “You might be a Democrat, but if you’re told to play a Republican, you want to play it as honestly and truthfully as you can.”

Storytelling in its many forms, not just improv, can be an incredibly powerful tool for gaining new perspectives and creating shared understanding. Storytelling with empathy can be especially valuable in business because, when you’re in tune with others’ needs, you can better serve them as customers, be a better leader, and design better products and services.

There’s a reason why UX designers turn to tools like user personas andjourney maps before they go to the drawing board. These tools harness the power of empathy through storytelling, giving designers a greater understanding of what people want and need, what their pain points are and what brings them joy.

Behal says she often sees this firsthand with her clients.

“Once I interviewed a certain subset of a company’s customers, only to realize that they cared about two things: They didn’t want to interact with a human at all in the course of using this company’s service, but it still really mattered that they felt the company cared about them. Then we knew to design concepts and prototypes that address those two things. That’s not something you could’ve ever derived from a customer satisfaction survey.”

Your Brain on Stories

There’s some really interesting science behind why stories are so good at fostering empathy. Researcher Paul Zak found that stories change our behavior by literally changing our brain chemistry.

During one study, Zak and his researchers showed participants a story about a dad and his young son, who had cancer. The father is grappling the fact that his son’s disease is terminal. The researchers drew blood from participants before and after they saw the story and found that two chemicals were produced: cortisol, which focuses our attention on something important, and oxytocin, which is associated with care, connection, and empathy.

“I have dubbed oxytocin the ‘moral molecule,’ and others call it the love hormone,” Zak wrote. “What we know is that oxytocin makes us more sensitive to social cues around us. In many situations, social cues motivate us to engage to help others, particularly if the other person seems to need our help.”

After they were done with the study, participants were paid and then given a chance to donate money to charity. Participants who produced both cortisol and oxytocin were more likely to donate. Even more interesting, the higher the chemical levels, the more money they donated.

Next, Zak took the experiment further. He had researchers show one group of participants the story about the son with cancer and another group a story about the father going to the zoo with his son.

The zoo story “had a flat structure, rather than one with rising tension like the previous story,” Zak wrote. “Ben and his father look at a giraffe, Ben skips ahead to look at the rhino, Ben’s father catches up. We don’t know why we are watching Ben and his father, and we are unsure what we are supposed to learn.”

Zak found that participants who watched the zoo story tended to tune out and were much less likely to donate when they were done. This was a signal to Zak that not all stories have the same effects, and that stories with emotional components that build tension are more likely to keep attention and create empathy in the audience.

In business, using storytelling to boost empathy can give our work purpose and lead to better results.

“Fostering empathy makes work personal,” says researcher Jennifer Aaker, a marketing professor at the Stanford Graduate School of Business, in a video about the power of empathy.

Aaker studied a nonprofit called HopeLab, which uses technology to improve human health. When HopeLab’s developers listened to the stories of children with cancer, they discovered that the young patients feared cancer treatment just as much as the cancer itself. By understanding the point of view of young kids fighting cancer, they were able to create a video game called Re-Mission that gamified treatment, helping kids think of it more as a “power boost” than a scary medical procedure, resulting in kids taking their antibiotics more consistently.

Another example of empathy at work is a study by Adam Grant, a professor at the Wharton School of the University of Pennsylvania, which focused on university fundraisers.

At a university call center, typically fundraisers have scripts they use when making calls to donors. Grant set up an experiment where he gave the fundraisers a 10-minute break to meet a student that had directly benefited from the donations they brought in. The student told the story of how the scholarship he’d received had changed his life. Grant looked at the fundraising numbers a month later and found that even though they were using the same script, callers were spending 142 percent more time on the phone and collecting 171 percent more revenue.

He replicated the study five times to confirm that hearing personal stories motivated callers more during their work, even if they didn’t realize it.

How to Build Empathy through Storytelling

Whether you’re telling stories or seeking out stories to improve understanding, great stories that foster empathy share some key characteristics:

1. They don’t bog people down with unnecessary facts and figures.

On her blog, behavioral scientist Susan Weinschenk describes what happens to the brain when someone hears a story versus a bunch of facts and figures:

“Let’s say you are listening to me give a presentation on the global economy. I’m NOT telling a story, but giving you facts and figures. If we had you hooked up to an fMRI machine we would see that your auditory cortex is active, as you’re listening, as well as Wernicke’s area of the brain where words are processed. If you were reading a newspaper article on the same topic then we would see, again Wernicke’s area as well as your visual cortex as you are reading.”

But when someone hears a story complete with characters and emotional tie-ins, the listener is put in someone else’s shoes and experiences additional brain activity than if the storyteller was just reciting facts.

“If I started telling you a story about a family in South America that is being affected by changes in the global economy – a story about the father going to work in a foreign country to earn enough for the family, and the mother having to drive 100 kilometers for health care… what’s going on in your brain now? The Wernicke’s area would be active again, as well as the same auditory or visual cortices, BUT now there’s more activity. …And if I started talking about the devastation the family felt when their young son died before he could get medical treatment, then the empathy areas of the brain would be active.”

2. They use sensory details and images.

That additional brain activity Weinschenk mentions is closely connected to sensory details. If a story includes details about movement, your motor cortex would light up as if you were moving. It works similarly with smell, Weinschenk says:

“If, in my story, I described the sharp smell of the pine forest high in the Andes where this family lives, your olfactory sensory areas of the brain would be active as though you were smelling the forest.”

Including realistic imagery and sensory details in stories can help grab audience’s attention and draw them into the experience.

3. They use jokes and metaphors.

You don’t always need epic heroes’ journeys to build empathy. Stories can be bite-sized and still create shared understanding. Jokes, anecdotes, archetypes, and metaphors are all story types you can use to inject storytelling into your work and your conversations.

A study by researchers at the University of Western Ontario found that people who were exposed to metaphors did considerably better at emotion-reading tasks than those who weren’t. If you’re trying to help people quickly and easily understand or care about a complex problem, metaphors are a great tool.

Empathetic stories are, at their core, human.

As Behal says, “The robots haven’t won yet.” In business, we interact with humans on so many levels and in so many ways. More than ever, success often hinges on developing and prioritizing empathy as a skillset and a mindset. Stories are a great way to get there.

Maybe your team is frustrated or has lost their connection with the purpose of their work. Perhaps you’d like to improve a relationship with a client or stakeholder. Maybe you’re looking for a new perspective to solve a design problem or improve customer service. Stories are a good place to start to generate empathy and create a better understanding of the human beings we interact with.

Interested in interviewing Mindhatch Founder & CEO Coonoor Behal for your next piece? 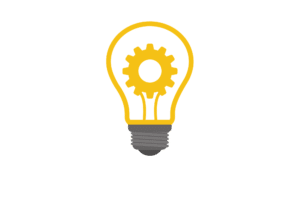